Hello crochet lover girl. Look how sensational these chickens made in standard crochet I'm super excited with these models of crochet, how about making gifts to friends. I hope you like the step by step below:
These are the wonderful chickens that you can crochet. 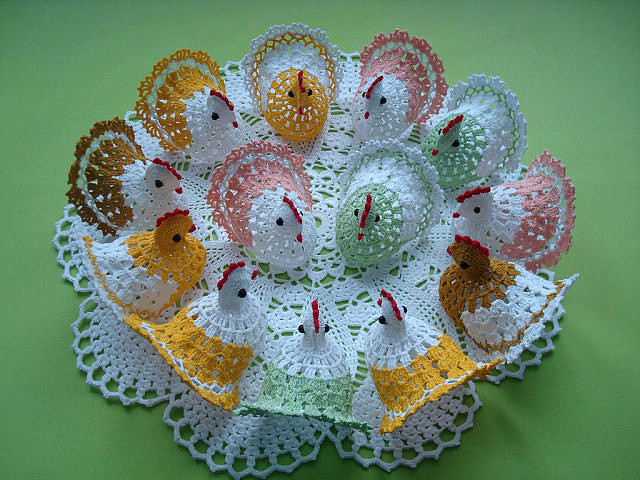 The chicken fits like this:
1 row: we collect 3 air handles (vp) and on the third hook loop we crochet 18 double links (ssn). Complete the line with a connecting pole (ss) and make sure it is 18. 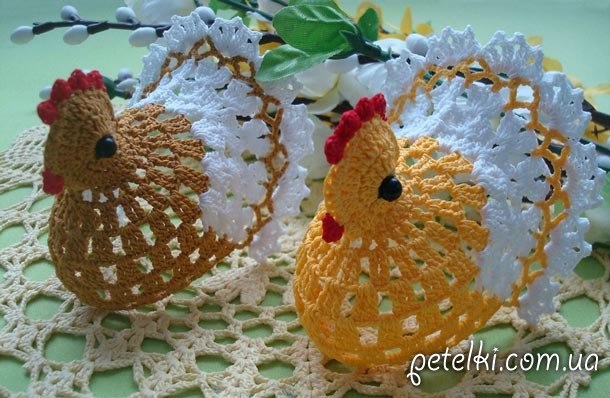 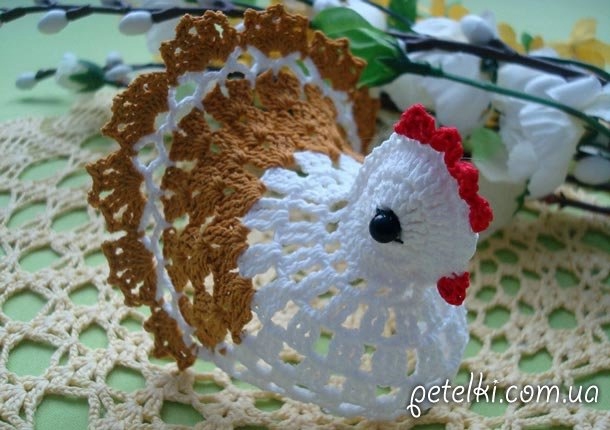 2-4 lines crochet in a circle with columns without a single crochet (sbn) without increments, we complete a series of ss. 5 lines: Make 9 increments evenly. 1 billion of each billion of the previous line of 2 billion to 1 billion of the previous line and so on until the end of the line. It should result in 27 billion. At the end of ss. 6-7 lines: 27 Sat. 8th row: 3 wins and a number of ssn knit, making evenly 15 increments. It should be 42 ssn. 9th line: we crochet 14 arcs from 3 wp on ssn of the previous line. 10 lines: we knit 7 motifs - we crochet a button on the crown of the first bow, in the second bow there are 5 columns with two cc2n apparatuses. 11 line: 7 repetitions - in the motif of the previous line from the middle (third) loop we crochet UHB, and in UbN of the previous line we crochet 6 CC2N. It happens in hole 6 ss2n, and on top of motif 1 sbn. It looks like sorrow. 12th row: only 1 sbn at the top of the previous row motif and 7 cc2n above the sbn of the previous row. 13 Rows: Repeat the 12-line pattern. Line 14: Repeat pattern 11 lines. 15 lines: the same as the 12 and 13 lines. We cut the thread and hide it on the dirty side of the job.
Vieira: To do this, fold our work piece in half and set the center of the head to evenly knit the comb. Attach the red wire at the back of the SS head where the comb begins and then 2 BF, BHB, 3 BH, BHB, 2BH, SS.
Tail: Attach the ss wire to the chicken body on the side closest to the bottom and make the carton chains move up and down the middle of the tail, and then mirror on the second side. SS, (4 VP, Sbn) 6 replicates, the second tail below 4 replicates.
Standard for the tail of the hen: under the front bow, we crochet cbn, 2 psn, ssn, cc2n, csn, 2psn, cbn We tied a tail with a different colored thread. Get to the wings and again looking for the middle of a chicken. Imagine mentally where we put the wings and join the main wire to the chicken barrel. crochet a chain of 8 VP and fix it directly on the SS body. We make in this chain 4 arcs (3 wp, sbn). In each arocha we crochet a motif of sbn, psn, 3 ssn, psn, sbn. We tied like a tail. We crochet the second wing symmetrically.


Chicken nipple is left: We round the beak site and we add the chicken with a red thread on the head, crochet 3 points and again we join the head almost in the same place where we started. Glue eyes or sew small black beads. 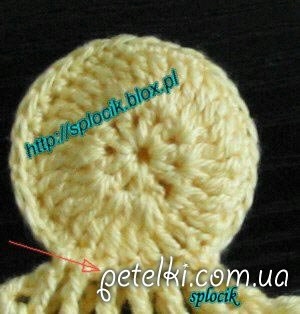 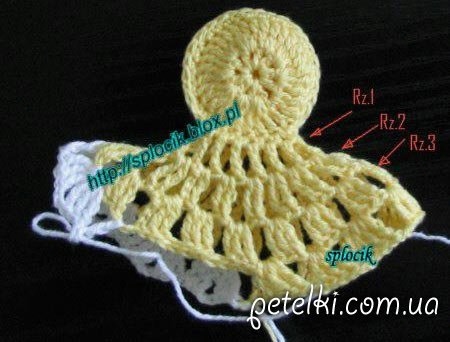 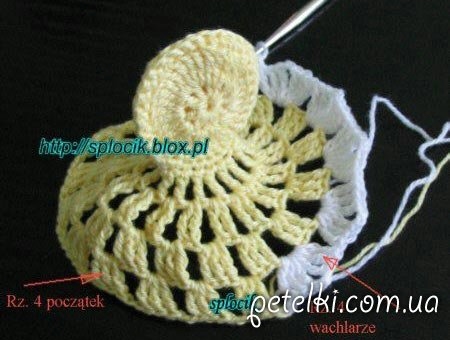 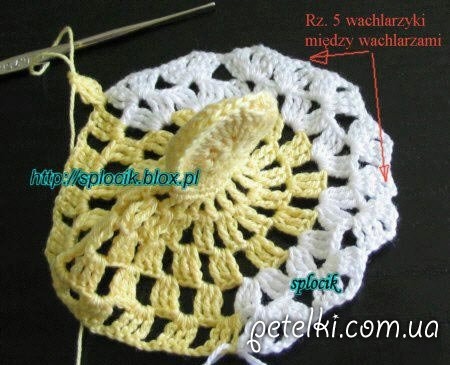 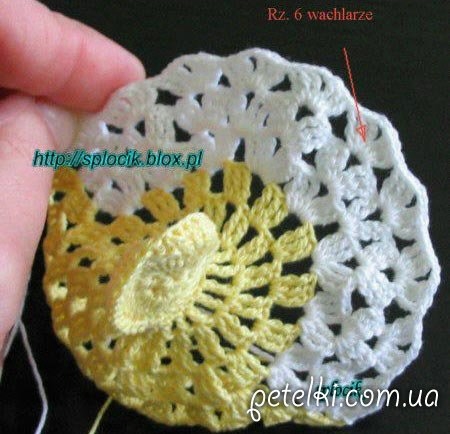 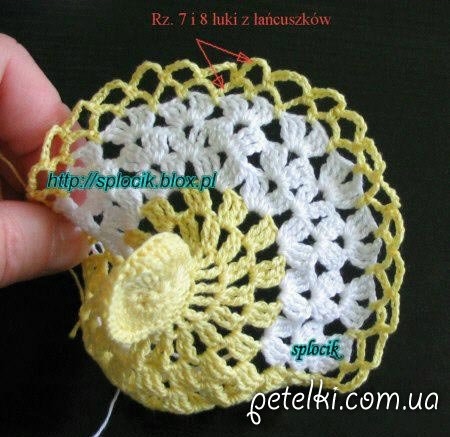 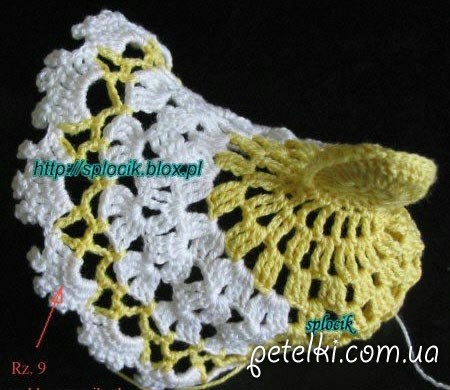 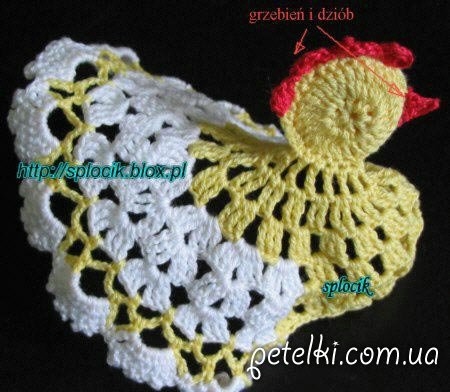